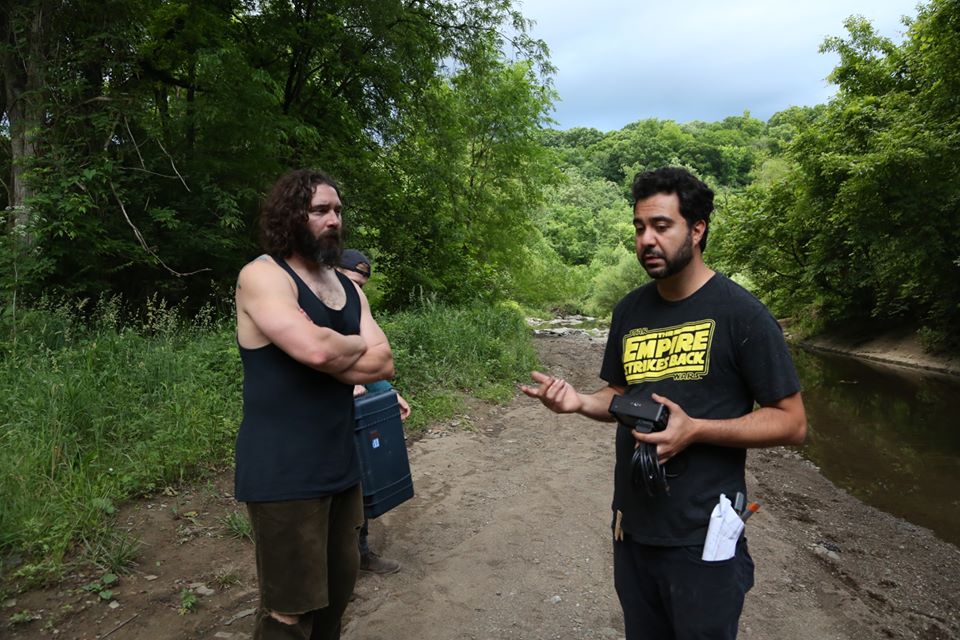 Damiano studied at ‘The Art Institute of Pittsburgh’ before making his way to Los Angeles where he started as a production assistant on TV and feature films. The first feature film he directed won a silver ace award at the 2012 Las Vegas Film Festival. Since then he has directed a number of short films, comedy sketches and a web series. After writing seven drafts over a five year span, the Unsung was ready for pre production and Fusca’s concept art helped provide a look and feel for this story with detailed wardrobe and set design.

Although he is not yet fluent in the language of film, Fusca continues to be influenced by classic cinema as well as today’s independent films. His love for American cinema of the 50’s, 60’s and 70’s is where most of his inspiration comes from such as the work of Asian master Akira Kurasowa and Russian filmmaker Andrea Tarkofsky. Italian cinema and French new wave are major influences a well.

Fusca’s experience on some of the biggest budget films in the last ten years gives him an understanding of working with big crews within a specific timeframe. This project is his first time not operating the camera and acting as cinematographer. He also hired an Art Director, which allowed him to focus on directing his actors and setting the scene. Most of his work in setting up shots came in his hand drawn storyboards, mapping out each sequence in the film.

With thirteen years experience in the film industry and ten years of directing, Fusca still is humbled by every project big or small. Working in both Los Angeles and New York, he always has experience to support his instincts. Early on, he was fortunate enough to work on set with Steven Spielberg on ‘Indiana Jones and the Kingdom of the crystal skull’ in 2006. In his three years in New York City, Fusca worked with Christopher Nolan on the set of ‘The Dark Knight Rises’ and Tim Van Patten on HBO’s Boardwalk Empire where he started in the Construction and Art Department.

His most memorable experience on set came in 2012 when he was hired as a production assistant on ‘The Wolf of Wall street’ directed by Martin Scorsese, who is perhaps his biggest influence when it comes to directing. Visually, David Fincher is one of the best storytellers these days in Fusca’s opinion. On a personal level, Fusca feels that he shares similarities with Ridley Scott, a director who started as an art student and also draws his own detailed storyboards.

Damiano feels most fortunate when he is able to collaborate with his brother, Amadeo Fusca who has been studying acting since he was thirteen years old and now stars in a one man show, touring the country. Working with such a well crafted actor is like having another director on set, one he always counts on to make a character or a scene better.

As of late, Fusca has strongly improved on his ability to collaborate and designate others to take creative control when needed, coming a long way since 2008 when he started this production company with Jared Bajoras, his friend since the age of four. When it was time to name the company, the only one that ever came to mind was ‘Churchill Pictures’, named after the town outside of Pittsburgh, where both of them grew up as kids, a place that neither of them have lived in for years, however a constant reminder of who they are and where they came from.

Early childhood influences encouraged me to draw and tell stories through pictures. Incorporating that concept into this story helps me make a personal connection with the audience. We started with the world that these characters live in. It’s an old, industrial town that seems neglected and the same could be said about Eric and the people of the ‘row’, a homeless society which most of our main characters inhabit. The unsung hero must emerge from the most unlikeliest place, an underdog who you would never see coming. Eric is influenced by a painful past to become someone better than the child he remembers.