In an old, industrial town, a homeless man (Eric) roams the streets, looking for a place to rest. When a young girl (Samara) is in danger, Eric runs to her aide and saves her from harm. She leads him to a homeless village where he is inspired by the friendships he makes there. Through newspapers and a radio, Eric learns about a series of murders taking place in town. Inspired by the comic books he reads, Eric creates an altar ego and attempts to get involved with the investigation. (Detective Jones) is the lead on the case, following the path of the suspect, learning of his motives and uncovering the meaning behind the symbols left at each crime scene. As Jones dives deeper into the mind of the killer, Eric becomes more engulfed in his altar ego and the two collide in the middle of the investigation. One is an officer of the law and the other is an unsung hero that emerges from the shadows 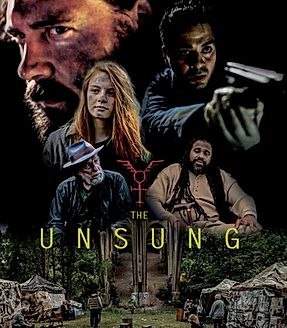